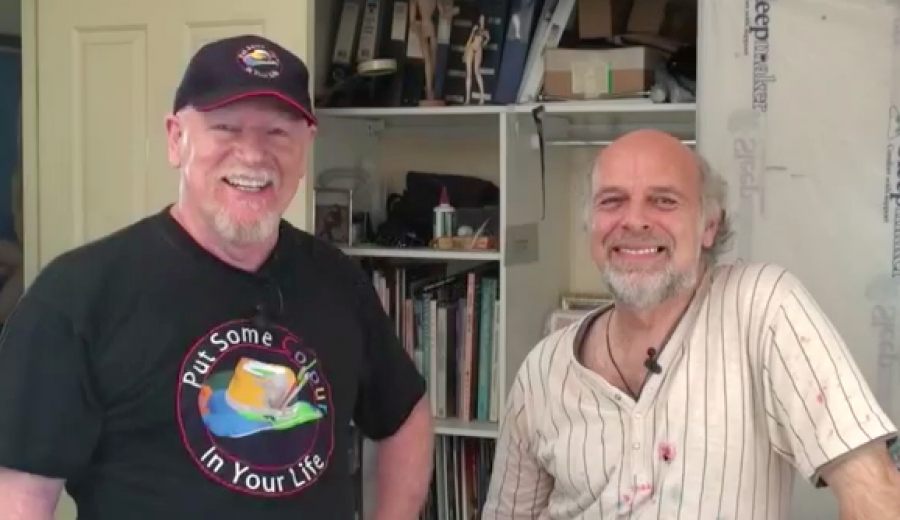 Featured artist Steve Hillier appeared on Colour In Your Life Season Three (3). Read a little bit about the artist here and support our site by joining and watching the episode below.

Steve Hillier is an Artist dedicated to the process of producing stunning eye-catching scenes of women and animals in realist and surrealist images. His commitment to details is extraordinary and his ability to portray a story through his work leads the viewer on a journey of imagination.

Like McCavity the Mystery Cat, Steve is an artist who has lived many lives in succession. Originally from London, he did his stint at Art School as a young man, only to be seduced away into the heady world of rock’n’roll with Virgin and Island Records. He has lived other lives, as well – as a high-level executive with a large multi-national corporation, as an entrepreneur, and even as a public servant in the shady realm of crime and punishment.

Wherever he has gone, though, Steve has carried with him his essential identity as a Londoner and as an artist.

Steve’s favorite subject matter is the female form and preferably delivered with a bit of symbolism and a tongue-in-cheek poke at society in general. There are often as many layers of meaning as there are of paint in his work. Steve’s work is detailed, meticulous, and fun.

Another branch of Steve’s art practice is his work featuring wildlife, and in particular, birds.  His loving and painstaking approach is particularly effective when it comes to depicting birds and other animals. Steve was recently a finalist in the Holmes Art Prize, a prize for excellence in the realistic depiction of Australian birds.