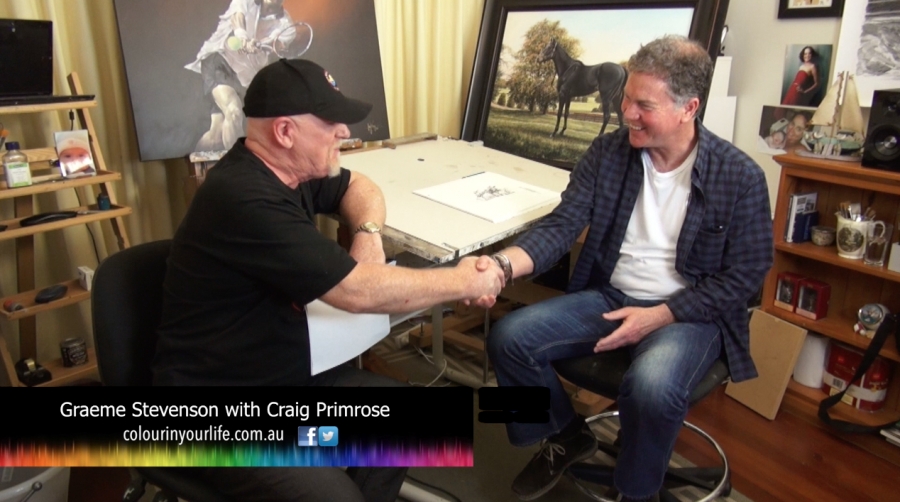 Born in Auckland, New Zealand in 1956, Craig is one of New Zealand’s leading contemporary artists, known throughout the world for his skillful portraiture, sporting imagery, and stunning landscapes.

His skill in portraiture led him to be commissioned to paint Sir Edmund Hillary, in commemoration of the 50th anniversary of the first ascent of Mt Everest in 1953, and subsequently was appointed as Sir Edmund’s preferred artist.

With a passion for sport, Craig has produced many works portraying some of the world’s greatest sports teams and superstars. These include Americas Cup yachting, Formula One motorsport including Ferrari, McLaren and Jaguar, the All Blacks, Colin Meads, the late Sir Peter Blake, Pete Sampras, Andre Agassi, and Jack Nicholas to name but a few.

Craig has produced artworks representing Manchester United, along with several other European football teams, and has painted a stunning oil of International Player of the Century – football legend, Pele. After being displayed in the UK, the painting is now returning to be exhibited in New Zealand.

Craig is also well known for his landscapes and has an amazing ability to capture the magnificence of the Southern Alps to the NZ coastline influenced by the changing nature of the weather and atmospheric conditions. One might say his work falls into the realm of contemporary realism. Craig only works with oils on teak stretched Belgium linen.

With sell-out exhibitions in New York and Silverstone, his works are now found throughout Europe, Australia, Asia, and America and through selected galleries in New Zealand with a Private Gallery soon to be opened at The Rees in Queenstown.