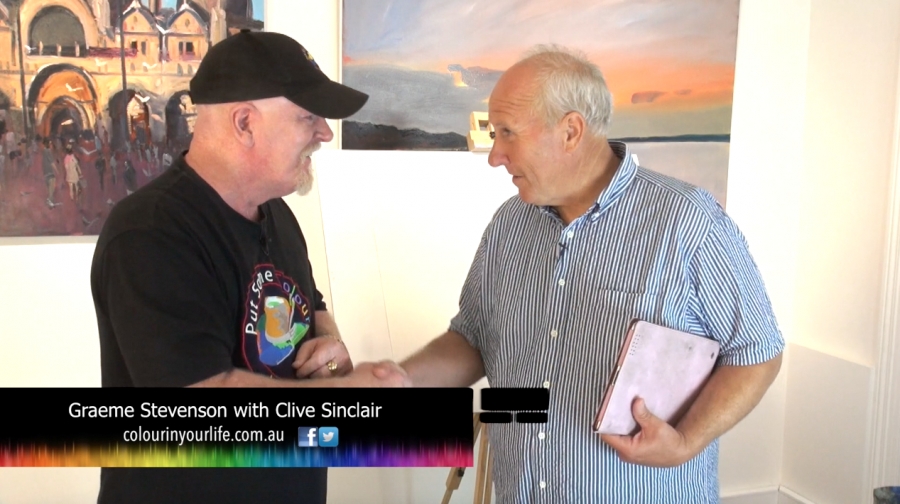 Clive Sinclair began training seriously in the arts in 1973, with John Lennox. This was followed by a further 12 month with Max Casey in tonal realism. Clive then moved on to study art in Copenhagen at the Royal Glypotek for 6 months, subsequently living in London and Scotland, studying the major galleries of Europe.

With his first one-man show at Mentone Galleries in 1979, Clive then moved on to exhibit at the Victorian Arts Society in 1980. In 1982, he received his first winners prize at the Mentone Art Group, and since then has exhibited and won several awards through his career at various locations in both single and mixed exhibitions.

In 1988 Clive Sinclair was elected as a signatory member of the Victorian Artists Society and in 1998 was invited to join the Twenty Melbourne Painters Society. Clive is also a member of the Water Colour Society. He was also invited to participate in a book launch for the Manyung Gallery and to do illustrations for a children’s book written by Prue Ward.

In 2011 Clive was named Victorian Artist’s Society Artist of the Year.