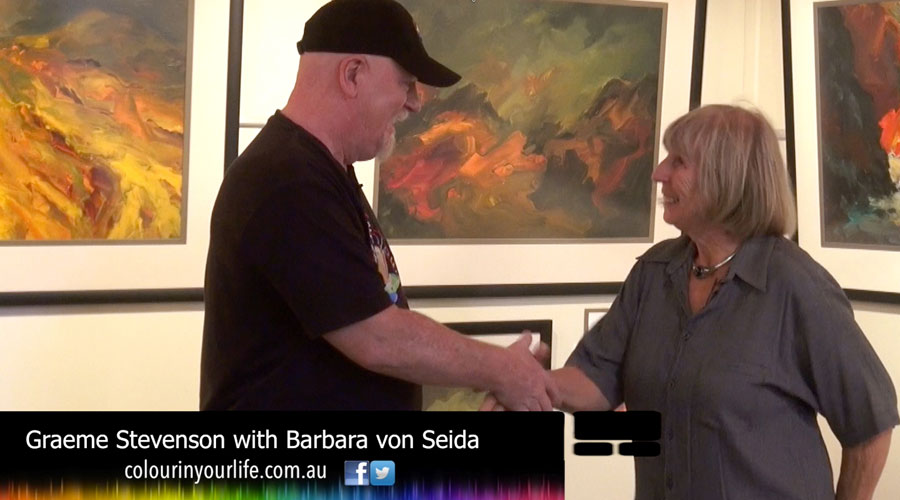 Born in Germany, Barbara Von Seida trained for 5 years in Art and Design (3 years in textiles and 2 years in ceramic/product design) at Fachhochschule (University of Applied Sciences — design faculty) in Krefeld, Germany. After graduating in the textile medium, Barbara worked as an employee with, amongst others, the international company Vereinigte Seidenwebereien A.G. (United Silk Weaving Company) in Krefeld, and also as a freelance fabric designer.

In 1984, Barbara Von Seida migrated to south-west Ireland where she established a studio and became widely known for her creative achievements in both ceramics and watercolour painting. In 1990 she moved to New Zealand and established the Kowhai Water Colour Studio in Coromandel, and in 1993 was joined by local artist Patrick Greene. 2004 saw the opening of a fully dedicated gallery in her new cliff top home, overlooking Long Bay. In April 2005 Barbara attended The Julian Ashton Art School, Sydney and studied under the tutelage of David Briggs and Rod Wong.

Barbara Von Seida’s paintings form part of numerous private and corporate collections, both in New Zealand and overseas, including that of internationally recognised artist and collector, the late Roy Dalgarno.