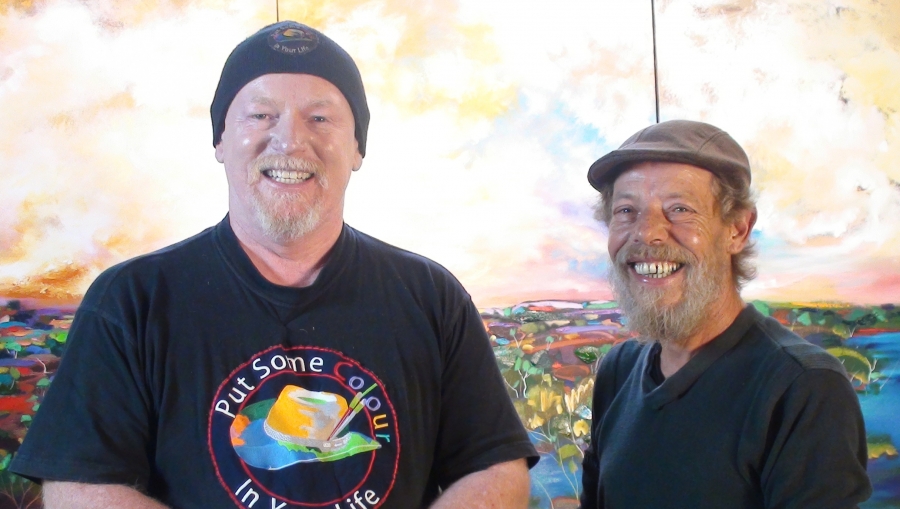 It is with great sadness that we announce the passing of one of our loved Colour in Your Life featured artists John Turton.

John Turton appeared on Colour In Your Life Season Five (5) 2013.

John Turton is an artist whom, by the time he reached his teens, knew he was destined to paint for a living. How amazing to have found one’s life purpose at such a young age.

When John finished his Fine Arts degree at University in Perth, he entered many competitions and walked away with a swag of first prizes. “It was fabulous encouragement at such a young age to keep going”.

Nestled away in his studio in the sub tropics of Mullumbimby, John creates these amazing colourful paintings that literally jump off the canvas at you. There’s an aliveness that is expressed in his work that mere words can’t adequately describe.

Although John Turton considers himself essentially a colourist, He has always used landscape as a means of gaining inspiration, as well as as a way of conveying his love of the land.

Australia’s beauty and scale, its shape and spaces, its light and energy are ever-stimulating. Through John Turton’s experience of different places and the putting together of both vibrant and subtle shades of colour, John feels able to begin to portray some of the detail, depth and texture of the land.

To begin a painting, John initially lays down a few lines. To John, painting is laying colours next to each other to see how they respond.

If it works, they go well. The more dramatic paintings are those where the colours vibrate.

As the painting evolves, it will often take itself in different directions. The excitement of the challenge is what keeps me painting.” – John Turton

John Turton’s work can be seen here directly via his website at http://www.johnturton.com.au/

Posted in Blog
← Great News! Graeme is off to the ASIA CONTEMPORARY ART SHOW!Please complete this survey. →