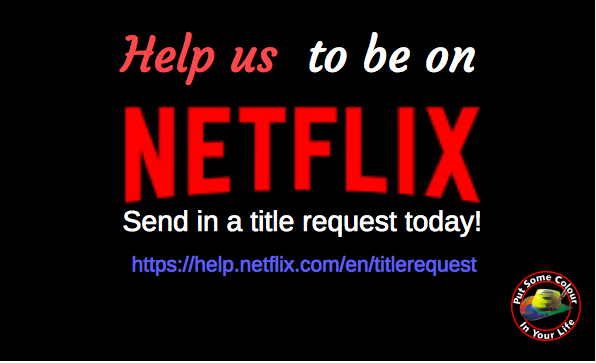 THE POWER OF WORKING TO A COMMON GOAL

As you all know my team and I have worked incredibly hard over the last 8 years to film and distribute the CIYL shows to as many platforms as we can.

I want the series and all of the artist’s shows to continue to be aired on new and exciting formats. To that extent I would like your help.

Getting into NETFLIX is about as hard to get to as getting inside Fort Knox and I know that if we can get Netflix’s attention that they will take the CIYL series, its just getting their attention.

What I would like to propose is that all of our fans join together in one concerted effort to let NETFLIX know that there are thousands of folks out there across the world that would like to see this series in their line up.

I know that if enough people make suggestions to NETFLIX about a show that they would like to see, it’s a good chance that NETFLIX will obtain the show for their audience.

The Bob Ross series of Art shows is currently playing on NETFLIX and I know that the CIYL series is a much better show and production.

The amount of people that could see each of our shows on this platform would be huge, Potentially millions of viewers across the world and of course being on NETFLIX would open up the possibilities of even more distribution across other platforms.

My suggestion is this: If all of us contact our own data bases, and we will be doing this across ours as well, and ask each of our fans and followers to go to the NETFLIX link on suggestions for shows and put in the link to the colour in your life web site TV show link, www.colourinyourlife.com.au/tv-show we hopefully might be able to get them to take the series

Thank you for all of the support you have given us , Graeme