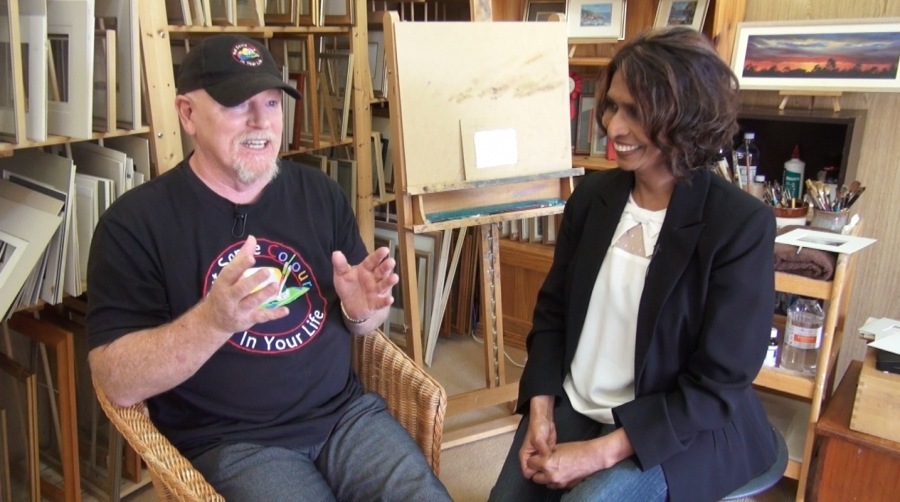 Uma Barry is a self-taught artist specializing in oil paintings. Her work has become an irreplaceable part of her life. Inspired by her parents, she began her career in Fine Arts in Fiji at the age of 15. Obtaining conventional paints in Fiji was difficult at the time, so Uma’s early pieces of work (figurative paintings of Indian mythology and folklore) were made with Dulux house paints. After finishing high school, Uma painted while working full-time in a law firm for a couple of years. She moved to Australia after her wedding in 1983.

Upon arrival in Australia, Uma Barry soon immersed herself in numerous art exhibitions provided by the Rotary, Apex and Lions clubs of Victoria. She was fascinated by the unfamiliar Australian bush and seaside, which became the subject of her new oil paintings. Uma won her first major award in the Royal Melbourne Show of 1988. In the following years, she established her home studio as the sole proprietor, allowing her to sell her work on commission.

In addition to these competitions, Uma Barry has been involved in various solo and collaborative exhibitions. Her greatest work was a 15-year period of contributions to South Bank’s Potaroo Gallery, and proved to be a valuable source of distribution for her work locally, interstate and overseas. Alongside her contributions to Potaroo, Uma also displayed her work in the Val Hudson Gallery of Werribee, a minor gallery in Kew, and the Old School Gallery in the You Yangs.

For three months in 2013, Uma has had the opportunity to co-manage ‘Five of the Finest’, a Point Cook based pop-up gallery. This exhibition allowed her to interact with many of her fans and fellow artists, an opportunity she cherished greatly. She also partook in a dual exhibition at Janet Knight Studio Gallery in the same year. Since then she has found a new primary gallery in Williamstown, NPG in Nelson Place, which she considers a great honor to contribute to. Additionally, Uma has recently begun tutoring in oils from her home studio. She has particularly enjoyed teaching miniatures and small sized paintings.

Currently, Uma Barry paints 9-10 hours a day in her home studio gallery. She has won a total of 54 awards during this period. When asked how she felt about her experiences thus far, Uma commented; ‘I’m very humbled to have the full support of my family, friends and the general public throughout so many years of work. I appreciate the huge number of pieces, which people have purchased over the years, and I’m honored to have my work in their homes and businesses, both within Australia and overseas. I especially owe this to my husband for believing in me, giving me a chance to fulfil my dreams as an artist. It’s something that I will always cherish and be thankful for.’