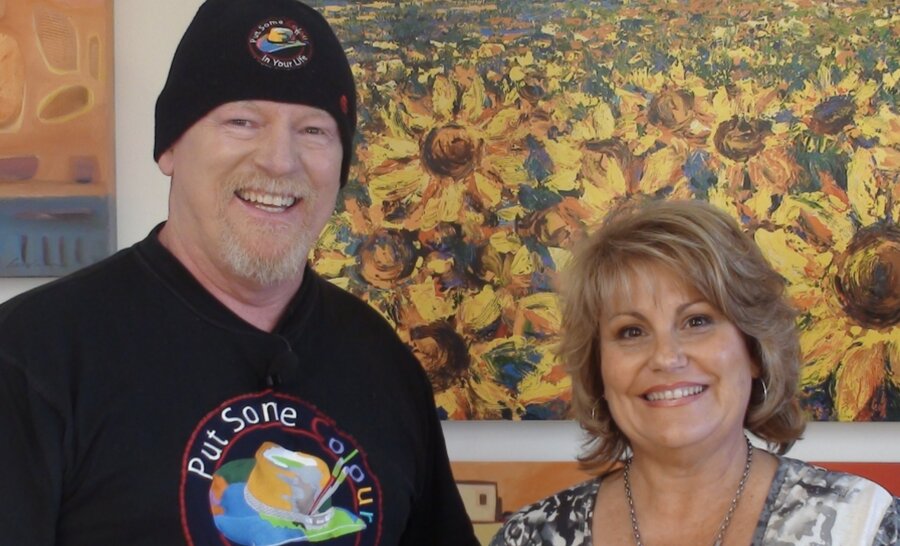 Featured artist Tracey Creighton appeared on Colour In Your Life Season Five (5). Read a little bit about the artist here and support our site by joining and watching the episode below.

Australian-born artist Tracey Creighton knew early in life she was destined for a career in art. At 16 years of age, she attended the Queensland College of Art, completing a three-year course in Commercial Illustration. Tracey went on to work as a graphic artist and in 1982 opened Queensland’s first private graphic art college in Brisbane, then another on the Gold Coast in 1989. Her college – The Commercial Art Training Centre, later known as CATC, is now the longest-running private graphic art college in Australia, and students are employed in the advertising and graphic arts industry all over the world.

It was after selling her colleges and prior to relocating to America in 1997, that Tracey Creighton began oil painting classes in Melbourne at the Doncaster Templestowe Art Society. This brought about a whole new direction in her artistic life. After arriving in the United States, having now discovered a love for painting, she promptly enrolled in classes at the local community college and trained with a prominent contemporary artist, Chris Gwaltney.

Tracey’s first solo exhibition was in Newport Beach, California which consisted of 27 oil paintings completed during her stay in America. Since returning to Australia in 1998, she has held exhibitions in Sydney, Melbourne, Mildura, Merimbula, Canberra, and Hamilton Island – Queensland, where she was also invited to teach art classes to guests and staff at the resort.

Tracey has held numerous solo exhibitions within her own studio gallery – Boardwalkart in Merimbula where she resided for 18 years, as well as contributing to joint and group shows on the Far South Coast. Tracey continues to develop her style and technique, exploring the unlimited capabilities of oil, acrylic, watercolor, and mixed medium, with each painting reflecting a vibrant kaleidoscope of color.

In keeping with her love of teaching, she continues to run private art classes and group workshops in Canberra and interstate.