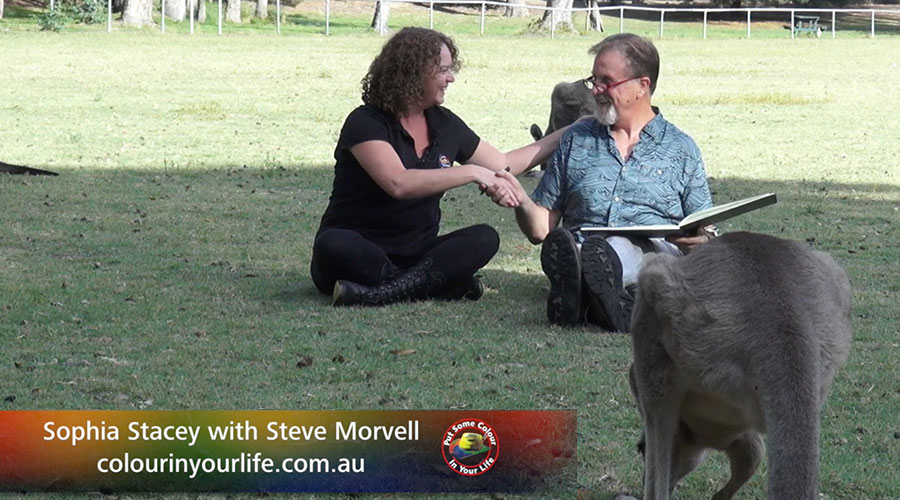 Read a little bit about the artist here and support our site by joining and watching the episode below.
Steve Morvell is a highly acclaimed environmental artist, dedicated to raising human awareness of the beauty and fragility of wildlife and the habitats in which we co-exist. A deep need to understand animals on their own terms takes Steve to many wild places researching his art. His powerful and evocative work is exhibited around the world winning many major art awards and hangs in private, public and corporate collections.

Steve Morvell’s deep need to be with animals compels Steve to study his subjects in the field, often spending long hours observing animals in their natural habitat. Steve’s artworks capture delightfully intimate encounters with shy and elusive species. His recognition of the spirit of the bush and its creatures leaves a lasting impression on the viewer.

Working in a wide variety of mediums, Steve Morvell believes that to do justice to the subject and to produce truly great art, one must be openminded in approach and method of portrayal. He carefully selects the most appropriate and dynamic medium for each idea. Steve’s unique works encompass pastel – drawing and charcoal paintings, pencil drawing, brushed carbon ink, pen, watercolour, acrylic and even enamels and bronze on large scale outdoor works. In the field of wildlife art he has a reputation as an innovator and his works are aimed squarely at one thing…….. giving the viewer a real sense of ‘being there’!
You can contact the artist about their art tips or art techniques directly via their website http://stevemorvell.com