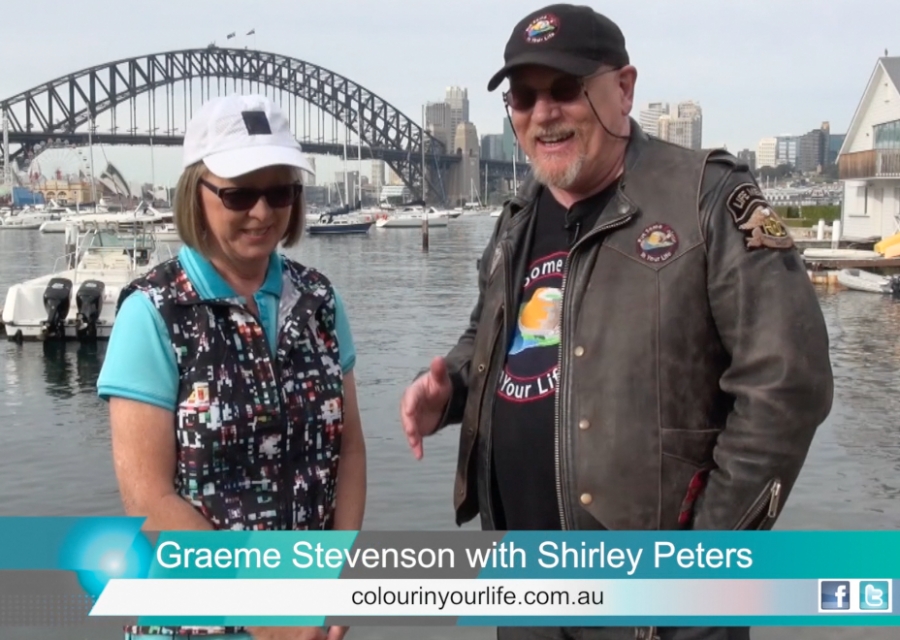 Featured artist Shirley Peters appeared on Colour In Your Life Season Seven (7). Read a little bit about the artist here and support our site by joining and watching the episode below.

After studying for a Diploma of Fine Art at Randwick Tech (now COFA) and undertaking a further course in graphic design, Shirley Peters carved out parallel careers as a designer in the emerging technology of multi-media and as an illustrator of popular children’s books.

Excelling in both fields, Shirley’s reputation as an illustrator was cemented when she had a book shortlisted in the coveted CBC Book of the Year Awards in 1991; and as a graphic designer when she won two Netscape web design awards ‘What’s New’ and ‘What’s Hot’, in the late nineties.

In 1997, Shirley “returned to fine art” by enrolling in Still Life Oil Painting classes. Inspired by this course, more classes in Printmaking, Etching and Painting at the Julian Ashton and Sydney Gallery School followed… and before long Shirley’s third career as an exhibiting artist had begun.

In 2008 Shirley was listed as an “Artist to Watch” in Art What’s On. In 2009 she was Highly Commended in the Noel Chettle Art Award for Portrait and Life Drawing. And in 2010 she staged her first solo exhibition at the Brunswick Street Gallery in Melbourne.

With an illustrators eye for composition, colour and line, Shirley is revelling in the freedom of creating her own narrative in paint and with her first solo exhibition in Sydney through Gallery V.