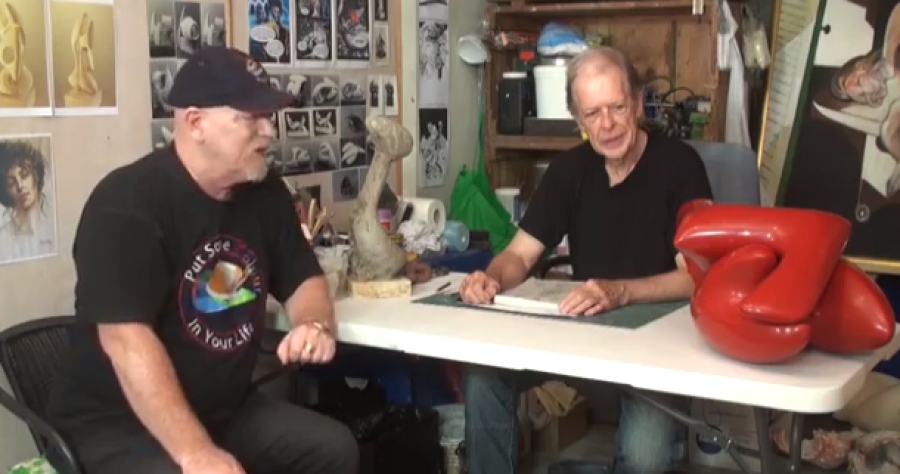 Featured artist Patrick Owen Wilson appeared on Colour In Your Life Season Four (4). Read a little bit about the artist here and support our site by joining and watching the episode below.

Patrick Owen Wilson became interested in art from a very early age, finding great enjoyment in his ability to draw. After completing his schooling, he started work as an electrician, but found that line of work was just not for him. He then spent time as an Internal Auditor before utilizing his artistic ability to work in advertising.

It was his wife who encouraged him to start concentrating on fine art some years later, and with her support he has been able to live his dream. Patrick’s main source of inspiration in sculpture is his wife.

Patrick Owen Wilson then found the simple objectivity of African Art and the rhythm in Celtic Art. From the work of sculptors like Michelangelo and his insight into the human psyche, Rodin for his emotion, Henry Moore for the way he captures a simplicity of form, and Jean Arp for his use of organic shapes.

“I feel the biggest compliment I could ever have received for my work came from a child – a little blind boy. My sculpture was on display at the NSW Art Gallery at the time and, after being told what my sculpture looked like, this little boy asked a curator whether he could touch my sculpture. The curator then phoned me and told me what the little boy had asked and I immediately said, ‘Absolutely. He can touch it as much as he likes’. It gave me such pleasure to know that my sculpture was going to come alive for this little child.

To me, that is what sculpture should be all about. It is there, in full three-dimensional form, inviting the observer to become fully involved, both visually and by touch, to feel it and caress it and thereby understand it and be at one with the artist’s creation.” ~ Patrick Owen Wilson