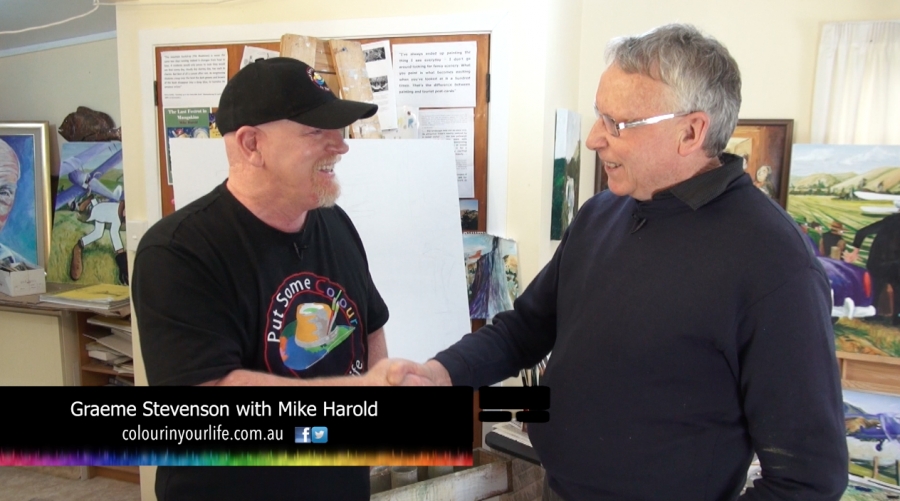 Featured artist Mike Harold appeared on Colour In Your Life Season Eight (8). Read a little bit about the artist here and support our site by joining and watching the episode below.

Mike Harold is a painter from Dannevirke in the Tararua District of New Zealand. He is best known for his quirky, narrative work. In recent years Mike has exhibited three major series in this genre: ‘Kilmore and Beyond’, ‘Last Foxtrot in Mangakino’ and most recently ‘Peas and Onions for Tea’.

Mike likes to see his exhibitions as a celebration of the painter as a storyteller. He is interested in developing limited edition prints from a selection of key images in each of the major narrative series to date. He has participated successfully in many group exhibitions in Hawkes Bay, Manawatu, and Wairarapa over several years.

The Peas and Onions for Tea narrative featured as a news item on National Radio with Jim Mora in April 2012 and as part of the Maori Television’s ANZAC Day program in 2013 titled “The Art of War”.

Mike has appeared in the following Solo Narrative Exhibitions: