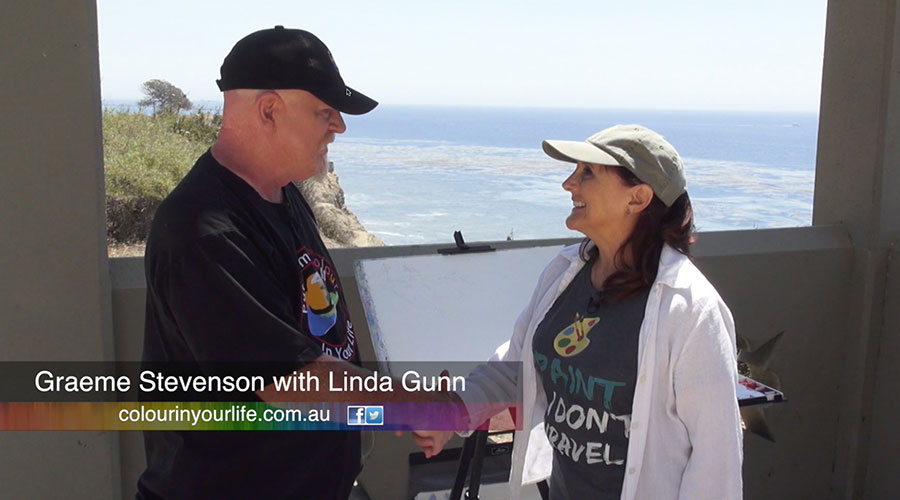 An established artist of thirty plus years, Linda Gunn was taught to draw at an early age by her Disney Artist grandfather, George Drake (hired by Walt Disney in 1929 to hire and train new artists for the fledgling Disney Studio).

Linda Gunn, an avid reader of illustrated books, became encouraged toward painting by the works of the famous illustrators Howard Pyle, NC Wyeth, Norman Rockwell, Arthur Rackham, and later by the paintings of Andrew Wyeth.

At the age of ten, she was given John Gnagy’s Art Studio in a Box. It contained instructional books with supplies for drawing, oil and watercolor painting. She also had several opportunities to visit the works of her favorite artists through visits to the Los Angeles Museum of Art and the Barnsdale Park Art Gallery in Los Angeles.

Linda Gunn’s drawing skills were perfected through years of life drawing classes at Long Beach City College, where she studied watercolor under the professional eye of Mike Daniel (from 1981-1992).