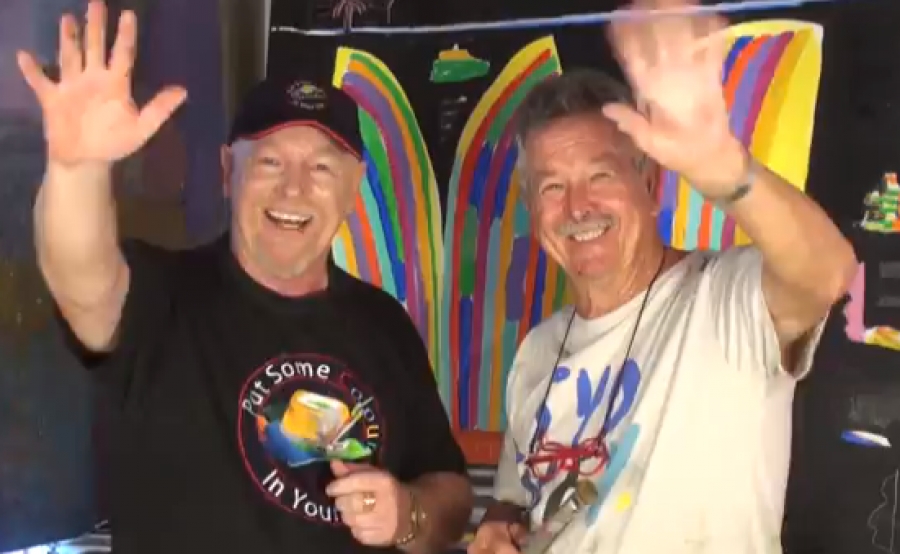 Featured artist Ken Done appeared on Colour In Your Life Season Four (4). Read a little bit about the artist here and support our site by joining and watching the episode below.

Ken Done’s first solo exhibition was held in Sydney in 1980. Since then, he has held over 50 one-man shows, including major exhibitions in Australia, Europe, Japan, and the USA. His work has been described as the most original style to come out of Australia, and his paintings are in collections throughout the world.

Born June 29, 1940, in Sydney, Ken left school at 14 to enter the National Art School in East Sydney. After 5 years of study, he commenced a highly successful career as an art director and designer in New York, London, and Sydney. At the age of forty, he made the decision to leave the industry and devote himself to painting full time. Since then his works have been shown in the Archibald, Sulman, Wynne, Blake, and Dobell Prizes.

Working predominantly in oils and acrylic, Ken takes inspirations from diverse sources – the ebullience of the sea and sky, the transcendent emotions of a quiet garden, aboriginal art, japanese poetry, the urban shout of Sydney, where he makes his home – but the sensibility that underlies his work is uniquely his own.

This original art has become the creative source of a unique and now famous Australian brand. It began with a small run of t-shirts printed with a beautifully simple, bold drawing of Sydney Harbour. This original image caught the attention of Sydney siders and visitors alike and has gone on to become an icon of Sydney and an icon of Ken Done.

Ken’s work is now widely recognised as holding a unique position in Australia’s cultural heritage. In 1992, he received the Order of Australia Medal (OAM) for services to Art, Design and Tourism. In many parts of the world, Ken Done has come to symbolize Australia and Australians: creative, optimistic and bold.