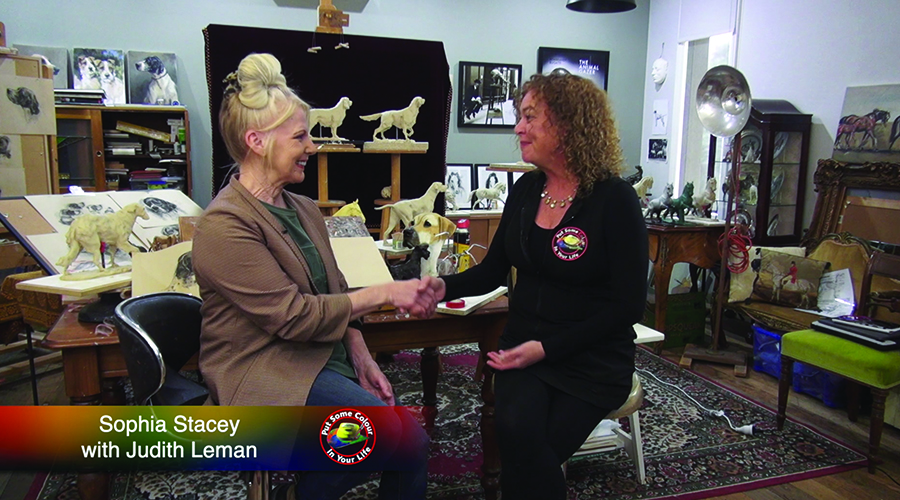 Judith Leman’s attachment to the horse and creative pursuits started at a very early age, owning and riding in equestrian disciplines.  Dogs were very much part of Judith’s household. Judith’s main source of inspiration is depicting empathy and connection with Horses and Dogs.

Judith’s techniques are traditionally based but of late her favourite techniques are charcoal on brown paper and sculpting in oil based clay.  The Marquette’s are instrumental to developing thorough knowledge of the subject at hand.

Judith Leman’s work attracts collectors who are disciples of ‘age old’ traditions of ‘Horsemanship’ and ‘Sporting Art’ – which is a genre of art that encompasses country pursuits – predominantly in the eighteenth and nineteenth century.

Judith Leman’s sculpture story ‘Eleven’ presents a visual narrative of horses leaving Australia at the beginning of WW1, being transported to Egypt and suffering harsh conditions, charging into Battle.

The saddest ‘Last Goodbye’ emphasises a soldier’s grief at returning to Australia without his horse.  ‘Eleven’ is Judith’s tribute to the unique bond between a soldier and his equine companion.

Judith is proud of keeping true to the traditional approach of depicting the horse and dog in a variety of mediums.

Judith’s work may be seen at the Australian War Memorial, Canberra, and public sculpture of Australian jockey ‘Roy Higgins MBE’ at the Victoria Racing Club, Flemington.

For more of Judith Leman’s work, see her website here.

To shop now the materials you need from Blick, click here!