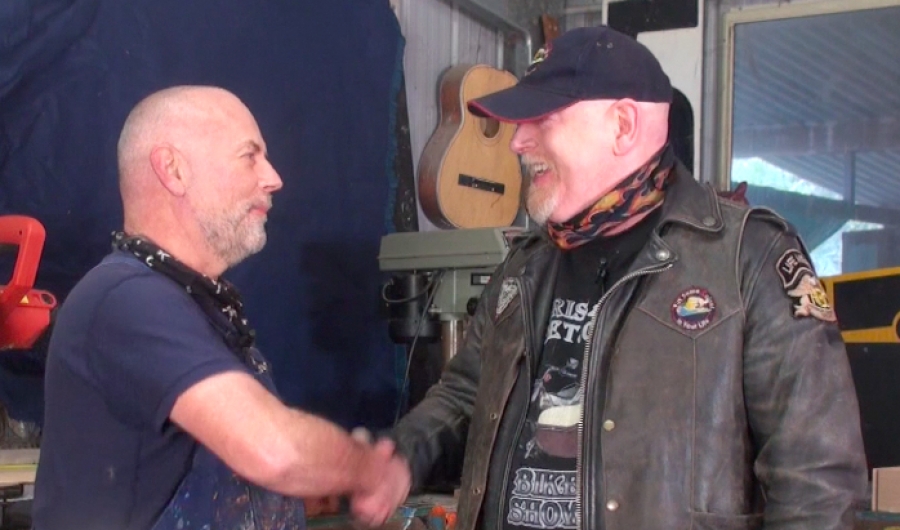 Featured artist John Anderson appeared on Colour In Your Life Season Five (5). Read a little bit about the artist here and support our site by joining and watching the episode below.

John Anderson was born in Kyabram and educated locally. As a young boy, he had a fascination with birds and admits to collecting eggs and nests as a pre-teen. His interest in birds was initially stimulated by receiving ‘What Bird is that?’ as a gift from his father when he was about 7 years old.

At the age of 15, John began a 4-year apprenticeship as a potter with Rudi Dybka, working out of a studio in Bishop Street, Kyabram. About a year after finishing his apprenticeship, he began to explore painting. He continued creating works in ceramics while increasing his focus on painting. For the most part, he painted birds. Birds also featured in his ceramics – he made sculptures of owls, platters decorated with various bird motifs, and floor and wall tiles and murals adorned with kookaburras, the Tawny Frog Mouth, swans, and other birds from the Sunshine Coast region where he lived for 20 years.

After moving back to Kyabram in 1998, John concentrated exclusively on painting. He rented a studio in Albion Street, Kyabram, where he produced hundreds of works. His subject was local birds. In 2009 he bought a property in Merrigum and relocated his studio there. For the last 3 years, John has been working out of his family out of his childhood studio – a shed in the backyard. This is a temporary situation while John provides support for his aging mother.

John has exhibited extensively in Queensland at galleries in Brisbane, the Sunshine Coast, and Noosa. He recently exhibited in Murwillumbah in New South Wales, and Kyabram Town Hall Gallery.

The images in his exhibitions are inspired by the birds of the wetland environments in Kyabram and Murray River. The paintings include some of the more elusive species of Freckled Duck and a Cape Baron Goose. Visitors will also recognize some of the more common of our native birds: the Crested Grebe, the Cormorant, and the Tree Duck.