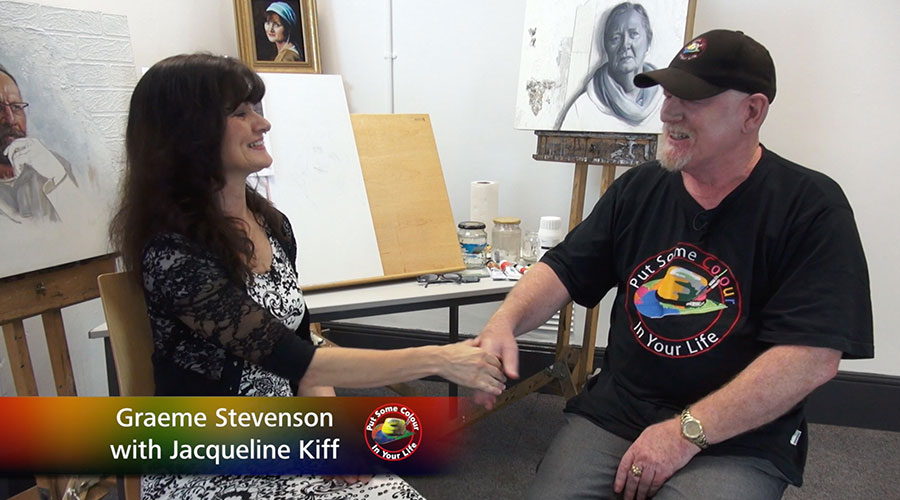 Jacqui Kiff started painting and drawing in March of 2013. After breaking her wrist and causing enough damage to her right hand, she was forced  to give up her 16 year career as a qualified pharmacy technician.

During her convalescence, Jacqui Kiff became hooked on the Painting and Drawing Channel.

She was dying to have a go at creating a picture but couldn’t find any inspiration. That was until Jacqui Kiff met Measles! He had just arrived at the livery yard where her eldest daughter keeps her horses. She took one look at this huge horse with pink eyes and felt compelled to paint a picture of him. His face was interesting. her daughter showed the painting to Measles’ owner who was overwhelmed and refused to part with it! This gave Jacqui such a thrill and a feeling of pride,  that when approached by 17 other horse owners on the yard, how could she say “no”?

The knock on effect that this has had has led her to realise that she had found the missing piece of her and she din’t want to stop.

Jacqui Kiff had a go at a variety of media and love the texture of the velour paper for the pastel paintings of the animals.

You can contact the artist about their art tips or art techniques directly via their website at http://www.jacquikiff.co.uk