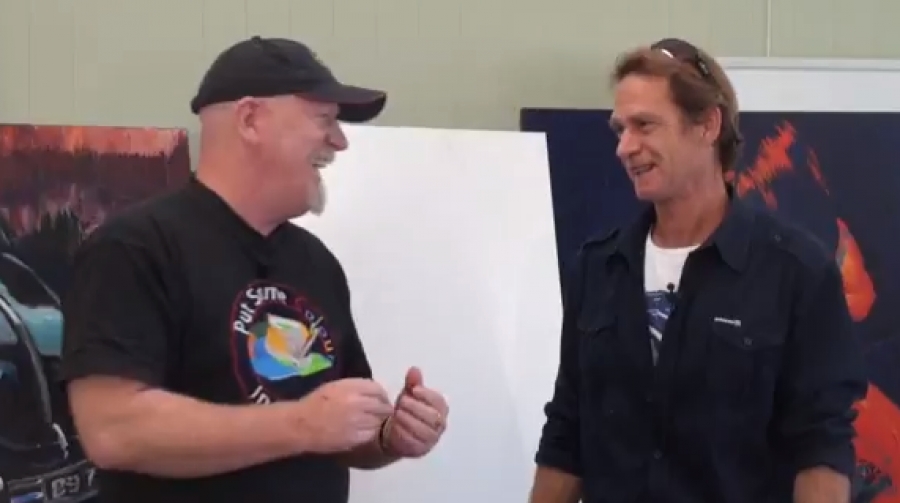 Innes McLeod is the eldest son of well-known Australian painter Christopher McLeod. Innes McLeod was born in the back of an ambulance on Lutwyche Road, Brisbane in June 1963, this perhaps being an early indication of what was to become a typical disregard for compliance & conformity. He was exposed from an early age to the painting styles of many of Australia’s most talented painters, including Jon Molvig and Jon Rigby. Watching these incredible people, Innes McLeod found it was also the “artist lifestyle” that appealed to him just as much as the paint.

Moving to Brisbane, he attended the Queensland College of Art, where he was accepted into graphic design at the age of fifteen. Initially entering the workforce as a designer and illustrator, he began to paint seriously with his first successful solo exhibition in Brisbane in 1987, and has continued to exhibit works both here and overseas ever since.

Innes McLeod has traveled extensively on most continents, creating essentially oil paintings and havoc. In 1993 Innes was invited for an 18-month artist exchange residency in Kyushu, Japan, where his work was eagerly collected and now hangs in many corporate and private exhibitions.

Innes McLeod still maintains strong ties with Japan and has, since ’93, become a respected teacher. He is highly skilled in all mediums and techniques, while maintaining his own unique and individual surf inspired style.

Innes McLeod is currently the director for The Coolangatta School of Art, where, on occasions, you may be lucky enough to see him in full character, conducting a most entertaining art class complete with condiments, and a small gathering of extremely attractive and entertaining students.