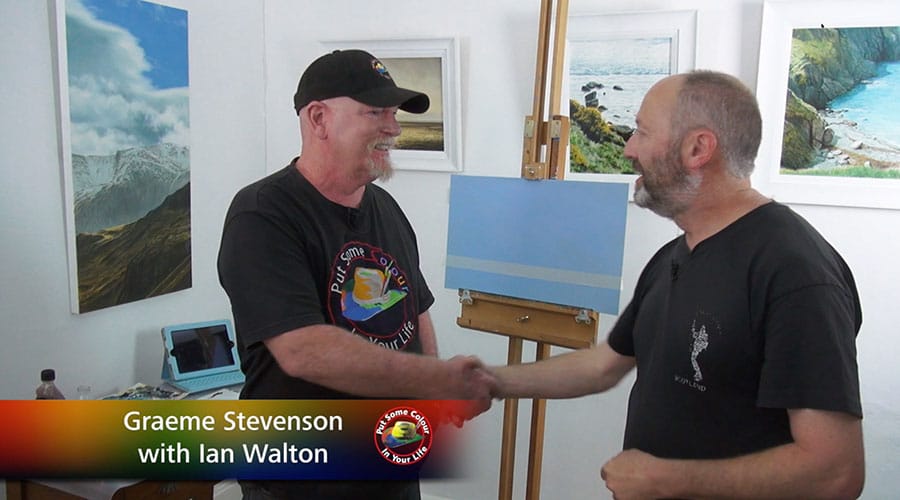 Ian Walton is a self taught artist who started painting in oils aged 13.

The knowledge of his subjects stems from being a passionate mountaineer and glider pilot.

Ian Walton is inspired by the power of nature, in particular the sky, mountains, and the sea. Ian works with a limited palette constantly striving to capture the drama of strong light and shade . He is influenced by JMW Turner, Winslow Homer, Frederick Judd Waugh and William Heaton Cooper, to name but a few.

For as long as I can remember I’ve been drawn to the sea the sky and mountains . I think it’s the solitude, and also in a big way the vastness of our planet and how small we are as individual creatures. I stand in awe at the power of nature . My never ending goal is to try in some small way to portray or capture this.

After over 35 years I’m still learning and I still want to experiment with images. Unlike many artists I don’t want to stick with a tried and tested style or a formula that sells . Its nice when someone says ‘ is this one of yours ?’

I believe artists grow if they experiment and keep pushing the barriers ,and create at their best when they have a connection with the subject.

I try to paint every day, worried that I might not still be able to do it tomorrow ! In recent years my work has become looser and I try to avoid labouring over small areas. Capturing strong light and shade is very important to me. I love to work on bigger canvases. It gives me a greater sense of still being there !

You can contact Ian Walton about his art tips or art techniques directly via his website at https://www.ian-walton.com