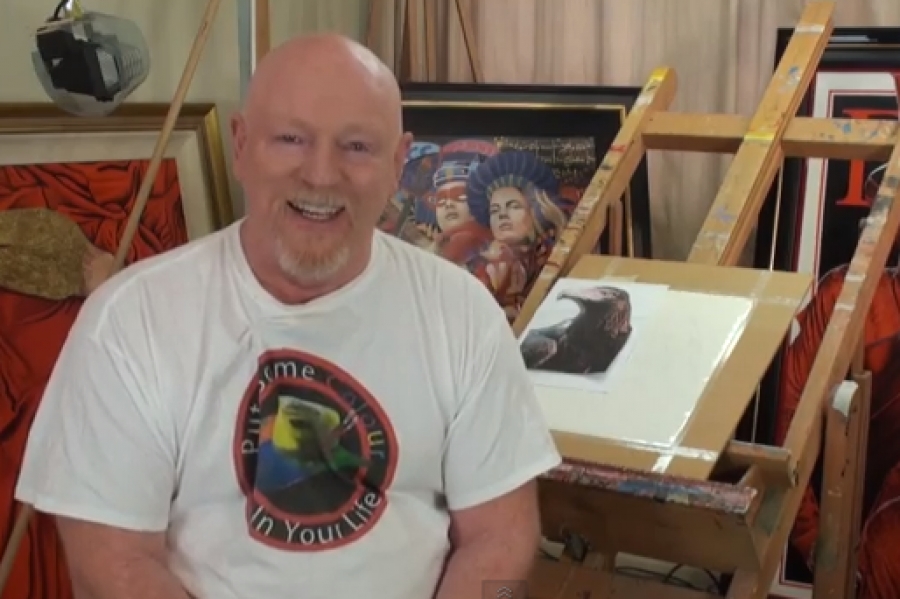 In this episode, Graeme gives thanks to all who have helped him on this Colour In Your Life journey, while also teaching viewers how to put together an eagle’s head in watercolour.

Born June 29th, 1958 in New South Wales, Australia, Graeme Stevenson began painting and studying animals and even at a young age had a tremendous fascination with the world around him. He began breeding Australian Parrots, and in his teen years took up the ancient sport of falconry. As his interest in art began to grow, he used the birds that surrounded him – his pets – as subjects for his paintings.