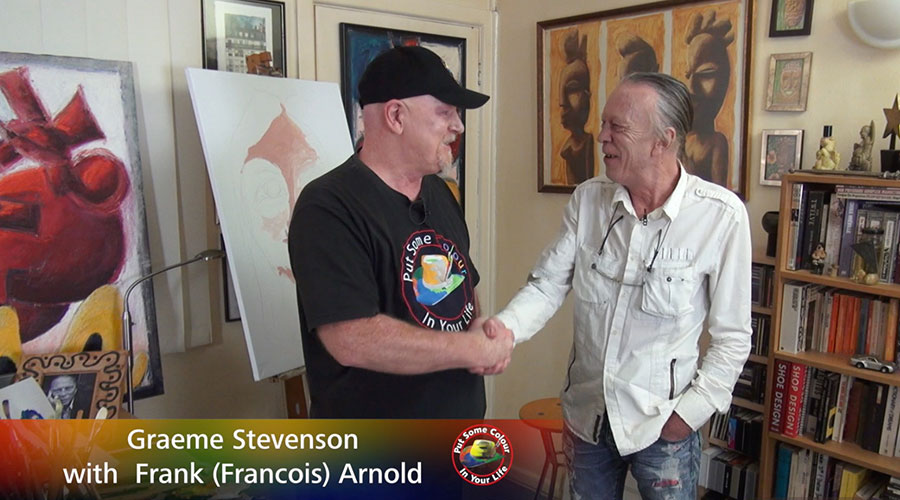 A Canberran through and through, Frank Arnold opened the first Design Studio in Canberra in 1979 offering services in Architecture and Graphic Design. It was known as ‘the sheltered workshop for the creatively insane’. Frank’s painting style is a release from the constraints of Graphic Design and Architecture although his sense of composition still remains.

Frank’s design studio, Quantum Ideas, has been a Canberra institution since 1979. It operated from Casa Del Franco, on Furneaux Street in Manuka, for 20 years.

Frank Arnold has designed houses, brothels, hairdressing salons, fashion stores and even office buildings in Canberra, The work he is most proud of though is the following:-

Frank Arnold continues to be a busy man so much so that recently he designed a house for some clients on Aegina, it’s a beautiful resort and fishing village, where he stayed in the house for 10 days. He got looked after by the beautiful Greek people, so much so that he is now looking at buying a little place on the island.

You can contact Frank Arnold about their art tips or art techniques directly via his website at quantumideas.com.au