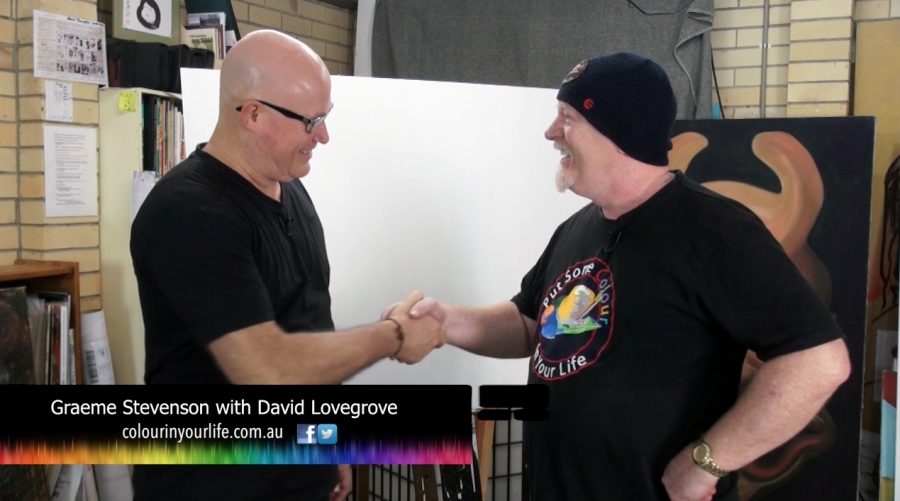 David Lovegrove is an artist, writer, designer and speaker based in the picturesque town of Murwillumbah in Northern NSW. David started out in the arts industry in 1987, selling art supplies in retail, then as a rep to the educational and advertising industry.

From 1990 to 1992, David Lovegrove studied drawing and painting with David Paulson, then illustration with Tony Champ. He was then able to study full time at the Julian Ashton Art School, Sydney, from 1994 to 1997, graduating with a Diploma of Fine Arts.

After graduating, David worked as a freelance illustrator, fine artist and art teacher until 2001. In 2002, he undertook post-graduate studies at the Queensland College of Art, Griffith, graduating in 2003 with a Master of Arts – Visual Arts degree.

David Lovegrove continues to practice as a fine artist, primarily drawing and painting, while working freelance for corporate clients, including Emirates, Westpac and Qantas. He also provides work for publishers, creating concept art for the film industry. Some of his recent projects include HBO and Steven Spielberg’s ‘The Pacific’ (WW2 TV mini series), the horror film ‘The Ruins’, and James Cameron/Alister Grierson harrowing adventure film ‘Sanctum’.

“I am a Writer / Illustrator / Fine Artist based in Nth New South Wales, Australia. I am available for commissioned Illustration work and for speaking engagements in schools and libraries, specializing in Manga, Graphic Novel and Picture Book creation. I am currently writing and illustrating my first novel ‘Daruma’ and two children’s book – ‘The Cat’s Tale’ and ‘The Barswin Chronicles’.” – David Lovegrove