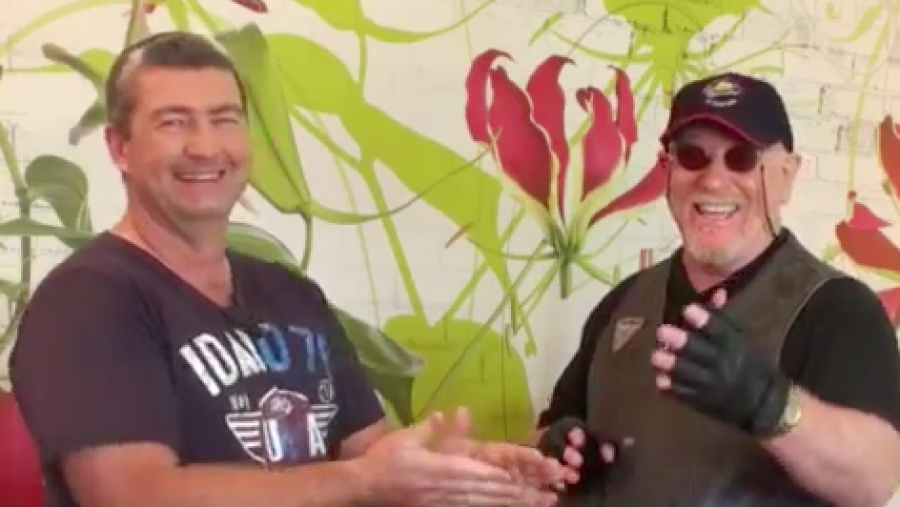 Featured artist Darren Townsend appeared on Colour In Your Life Season Three (3). Read a little bit about the artist here and support our site by joining and watching the episode below.

Darren Townsend was born in Toowoomba in 1967. Darren lives in Brisbane with his wife and son and is currently pursuing his art full time.

The desire to create something with his hands has been a compulsion from childhood. Over the years Darren looked for his niche in the oil paints his father introduced him to and from the watercolors of a favorite cousin, to the Indian ink and quill of high school art classes.

Finally, his wife introduced him to clay and he knew immediately that he’d made a real connection. His connection and skill with the clay allow him to impart himself into the work. His process begins by giving form and volume until eventually, he has produced emotion, the result tells the story of the subject in its own language.

Darren’s skill gives motion, light, movement, and emotion to his pieces. His work tends to a realistic style, his interest in portraiture stems from his belief that the human face is so powerful and confronting that it can tell a story with a single glance.

Influenced by the classic sculptors of Europe, he has focused for many years on portraiture. Darren has extended himself more recently to figures and animal subjects.

Darren completed a Clay Sculpture course at the Brisbane Institute of Art in 2010. He was awarded third place at the 2011 Royal Queensland Show and he is a member of Sculptors Queensland and The Flying Arts Alliance Inc.

“I enjoy working with clay, the ability to add or remove material as I choose allows for constant adjustment and change without penalty. I prefer to use Earthenware clay after trying other types I found this one gave me the best results for the least amount of trouble. The strength and durability of clay enables me to create works that, with little care will survive for generations.” ~ Darren Townsend