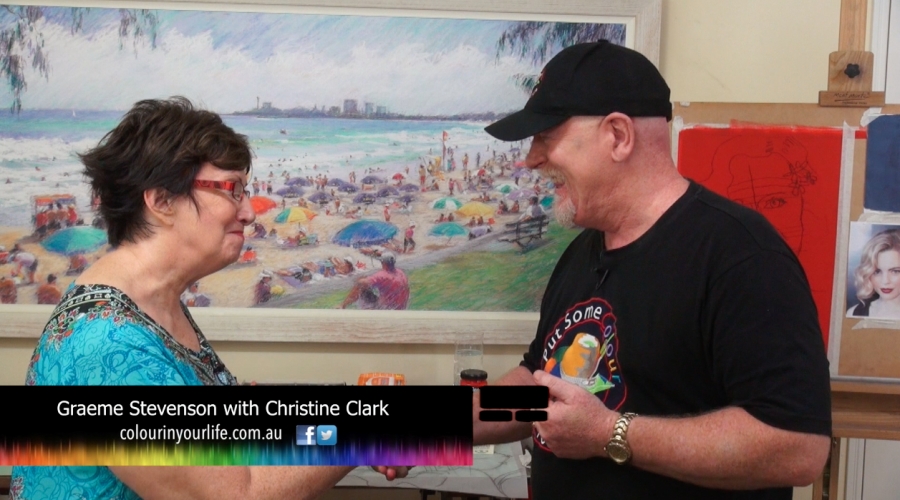 A natural talent as a realist artist, Christine loves to paint and draw. For over thirty years, Christine has been painting, exhibiting, and selling her work. Represented in many private and corporate collections throughout Australia, New Zealand, England, and Japan, she is also in the collection of the Ex-Deputy Prime Minister of Australia, John Anderson.

During the last twelve years, Christine has been working almost exclusively in Pastel. She enjoys their vibrant colours and immediacy and is very enthusiastic about working with this medium. Christine has been inspired by a variety of subjects, figures, flowers, portraits, animals, seascapes, boats & cars. Her passion is painting figures, and she enjoys portraying her view of the world; like the charm of children at play, or people enjoying the different aspects of life such as boats & cars. Her paintings capture precious moments in everyday life that tell a story, appealing to a wide audience and hence her work is very popular.

Christine studied firstly in oil at TAFE, then later in watercolour at the Victorian Artists Society in Melbourne. She has attended workshops by many of the top award-winning, international and Australian artists such as Robert Wade, Greg Allen, Joseph Zbukvic, Ron Muller, Ross Paterson, Barbara McManus, Max Wilks, Catherine Hamilton and others.

After moving from Melbourne to Queensland, she has joined the Watercolour Society of Queensland, the Pastel Society of Australia, R.Q.A.S. and the Sunshine Coast Art Group, where, over a period of nine years, taught watercolour and oil to adult students.

Christine, together with 4 other local artists, successfully owned and operated the Blue Dolphin Gallery for 7 years, in Mooloolaba on the Sunshine Coast in Qld. The Gallery was sold in 2006. In July 2007 Christine achieved Master Pastellist status from The Pastel Society of Australia. Christine exhibits in Red Hill Gallery in Brisbane as well as some local Sunshine Coast Galleries.