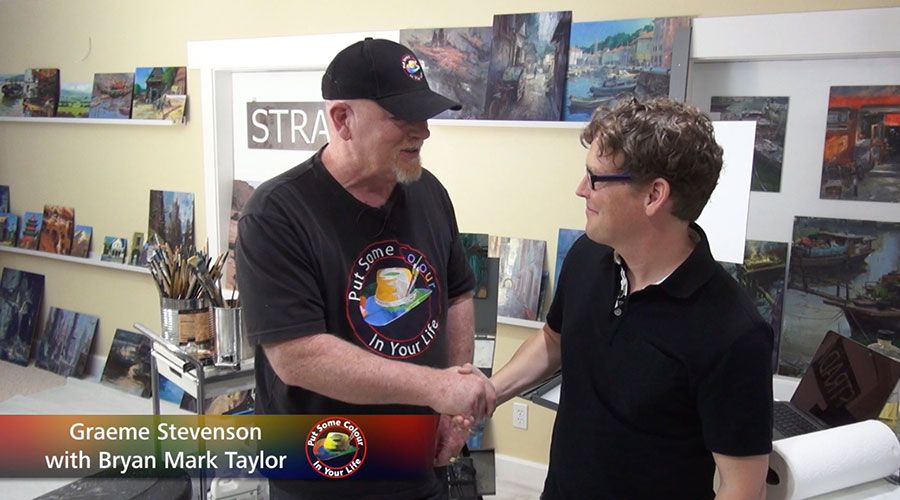 A painter, lecturer, inventor and world traveler Bryan Mark Taylor is a true renaissance man.  As a painter, Bryan has won numerous top awards at the nation’s most prestigious plein air invitationals and his work has been shown in museums across the country.  He has been featured in Fine Art Connoisseur, Plein Air, Southwest Art, American Art Collector, Imagine FX and American Artist Workshop magazines.

Bryan Mark Taylor has had many successful one man shows and has been featured in numerous group shows including the Coors Western Art and recently won a gold medal at the California Art Club’s Gold Medal show. Bryan is represented by galleries in California, Colorado and Utah and his work is found in private, corporate and museum collections around the world.

Bryan Mark Taylor is a sought after teacher and lecturer has taught courses around the country including the Academy of Art University, Pixar and the Scottsdale Artists School. Bryan was a featured speaker at the 2012-2016 Plein Air Conventions and produced a bestselling instructional DVD titled “The Master’s Mind.”

As an inventor, Bryan has developed a premier outdoor painting system called the STRADA Easel which is used by plein air artists worldwide.

Bryan Mark Taylor has traveled around the globe carefully observing and capturing nature’s everyday miracles. Bryan was born in Portland, Oregon. He received his BA from Brigham Young University in 2001 and his MFA from the Academy of Art University in 2005. He currently lives with his wife and four children in Alpine, Utah.