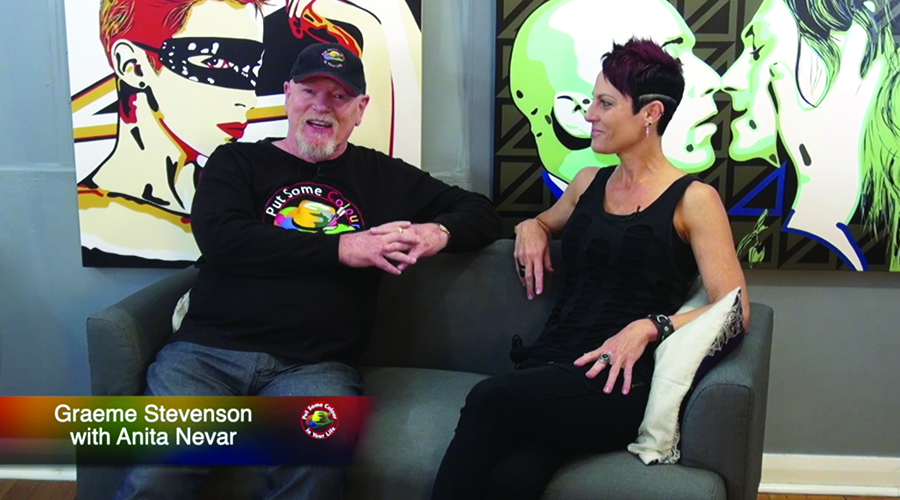 A self-taught artist raised in Sydney and now living on the beautiful beaches of Australia’s Sunshine Coast, Anita Nevar’s creative obsession is palpable.

Raised in an oppressive religious environment and living through domestic violence, the victory of her escape became the powerful force behind her artwork. Inspired by the very things she was ultimately denied and giving a ‘F*** You’ to the powers at be, her love of sex and music can now be seen.

Anita Nevar’s intense devotion in combating sexual repression is at the heart of her art, which aims to open conversations about sexuality and empower others to stand proud in who they are and embrace the many faces of love. She is an avid supporter of the LGBTQ community with a particular love for the queer arts.

Each of her acrylic paintings is a work of precision with countless hours spent perfecting every design and line. The result is a fearless expression of form and symmetry with a wide appeal to art collectors worldwide.

“Everyone deserves the basic human right to be their true selves. I understand how it feels to be afraid, shamed, and unable to express myself. I found my way through sexual repression, religious oppression, and abuse, to emerge a bold and fierce artist on a mission to sexually empower the world through artistic expression.”  Anita