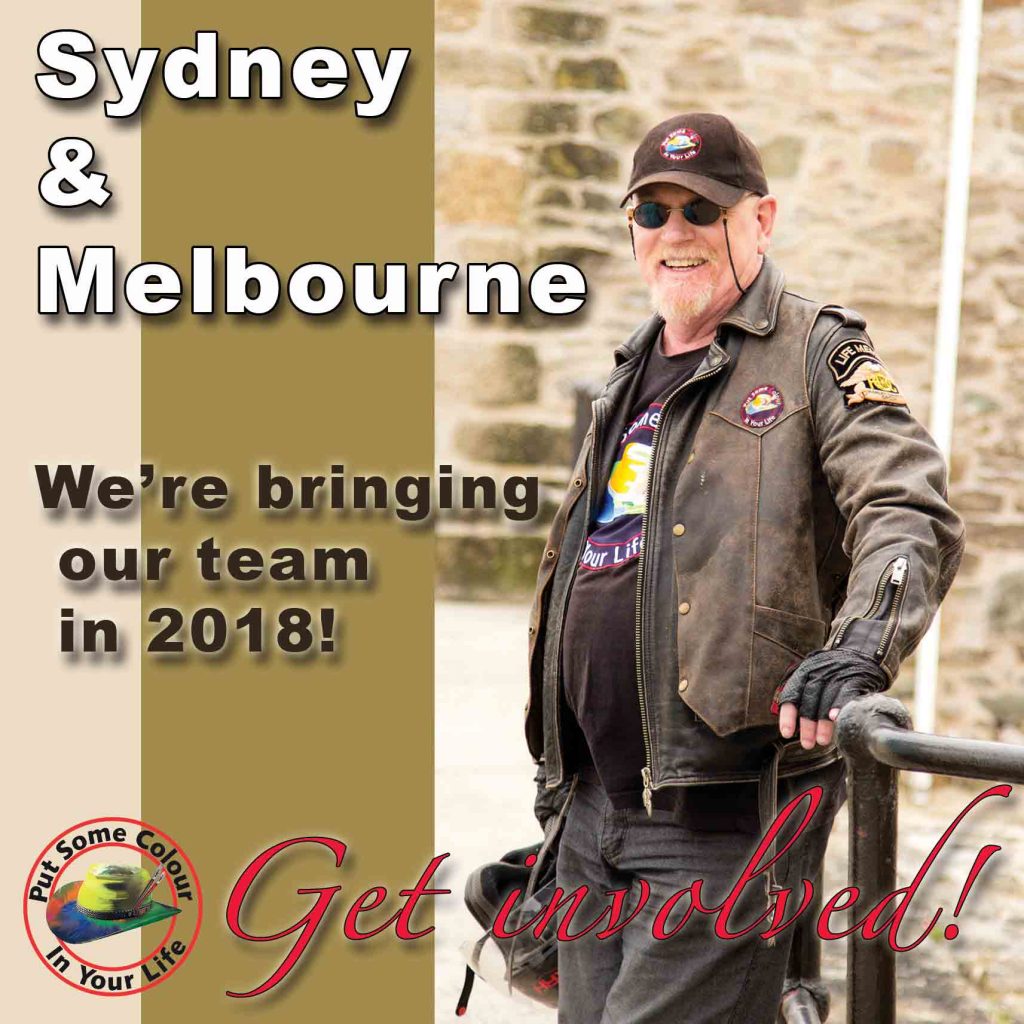 Is your art practice ready for the exposure that Colour In your Life brings?  We are seeking artists to be filmed in Sydney or Melbourne in March 2018.

Be On The Show

We have four places left in Sydney and three places left in Melbourne. Is one of them yours?  If you think you are ready for international exposure then have a read of our web page  “be on the show”  and then contact me.   Don’t leave it too late!

The artists who have featured on the shows have reported many new amazing opportunities, including increased sales, and have received phenomenal feedback from many parts of the world.  One of our most recent uploads featuring UK Artist – Paul Stowe received 6,000 youtube views in three days!!! This was just one of the artists who was sponsored by Hobby Craft,  the UK’s largest art supply retailer and filmed by our production crew on the recent trip to the UK. This also coincides with the Colour In Your Life TV show airing on UK TV for the first time in April and thereby increasing our TV audience by millions!

Colour in Your Life in America
The CIYL team filmed in the United States in July/ August this year. They filmed fabulous artists including  Nancy Christy Moore, Gayle Garner Roski, Peggy Pettigrew Stewart and Carrie Ann Therese.  Graeme also met and filmed  Eric Rhoads – the Founder @ STREAMLINE ART VIDEO and publishing.  Eric is the number one arts marketer in the US and has a massive following. We are expecting another huge leap forward in viewership of the show and the business itself, once his show goes to air.

Sponsoring a show
Most of the US artists we recently filmed approached businesses to sponsor their shows. In America, they really understand that the world of advertising is changing and moving away from print media and into video media. Companies are falling over themselves to have a product placement or a plug in our videos as they understand the massive international exposure it brings.  Have a look at our Sponsor a show web page and see what we offer to businesses and why in America they are falling over themselves to get on board.

See Graeme’s Conversation with me about the US trip here.

With all this international exposure and interest we may not have another chance to film in Sydney or Melbourne next year. This may be your only chance. Don’t leave it too late!

Get involved with Colour In Your Life now!  Go to “be on the show”, have read and then contact me.