My subconscious sub world has a mind of it’s own when it’s crowded outside, it still feels alone with holes of rectangles and circles within it reshapes triangles, so they can fit in it listens closely to what it receives then hears what it wants and already believes

my subconscious sub world has known Poe’s and Freud’s it’s learned life is best if it simply avoids understanding or asking what fellow man thinks it’s decided man’s wisdom quite simply stinks so it creates a system that works best for it it prefers the fruit, does not like the pit

my subconscious sub world heard a knock on the door the voice had authority like none before though it held power it was mild as a dove my subconscious screamed danger...my heart reached for love my sub world was quaking, it’s guns cocked and aimed then drew back from shooting when He called my name

my subconscious sub world ran a check on it’s walls they were crumbling too fast with each of His calls it called for the mortar of self will to repair any breaks, then it heard His voice say “Yes I care” and it searched for more bricks of resentment to fill any voids, then it ceased...a peace made it still

My subconscious sub world offered “Lord do come in... please excuse all this mess, please forgive all my sin” He brought endless rectangles and circles with Him I’d no need to reshape they fit perfectly in my heart at last calm, as now ...I believe? no mess did He see He only saw… Me Words and Art PatsyP 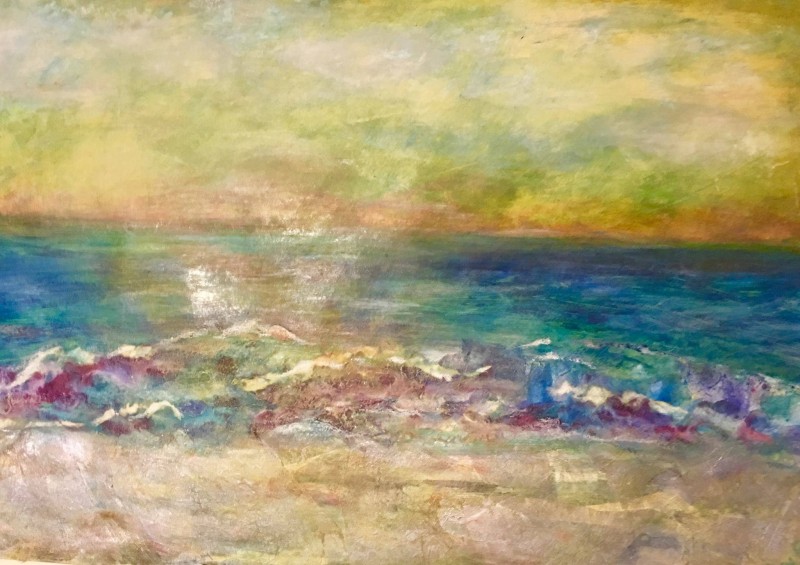 love the color .What movement you show there seems to be a tone of green . Very bold lovely work

Nature is my favourite element to draw and in this illustration, the colour combination fills me with calmness. How the yellow of the sky signifies sunset and the blue waters displaying serenity truly make me feel warmth all over.

Comments (0)
Was this review helpful to you?
We use cookies on our website to give you the most relevant experience by remembering your preferences and repeat visits. By clicking “Accept”, you consent to the use of ALL the cookies.
Do not sell my personal information.
Cookie SettingsAccept
Manage consent