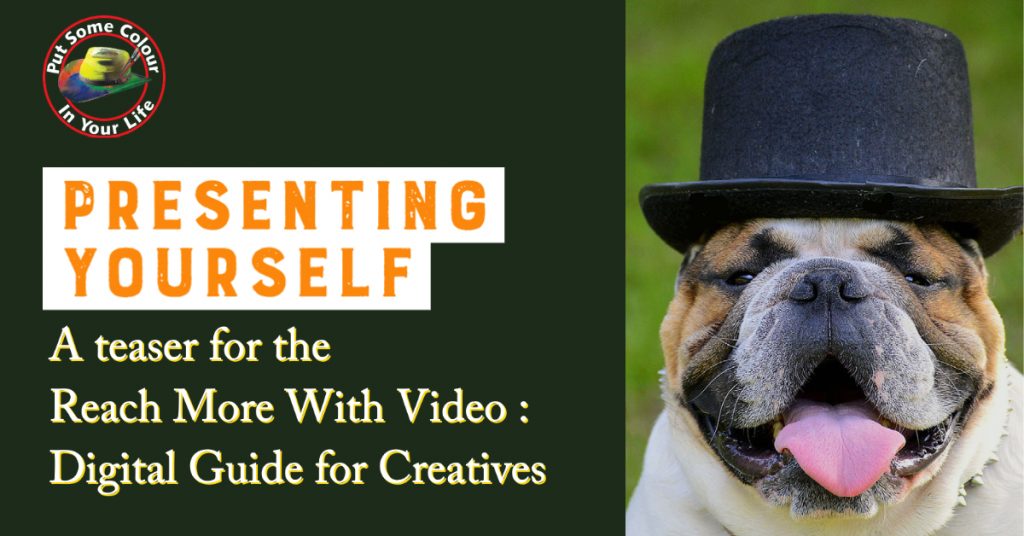 Putting yourself in front of a camera, even a camera phone, can be nerve-wracking for some. What if you’re wearing the wrong thing? What if you say the wrong thing? Are you live streaming or editing? Have you memorized everything you’re going to say?

After ten years in front of and behind the camera with Colour In Your Life, Graeme Stevenson has learned there are a few sure-fire tips and tricks to staying cool and looking good. In our upcoming tutorial, Reach More With Video, Graeme will go over his 15 Top Tips to easing the stress and putting your best digital foot forward when going on camera.

Here are just a few to wet your whistle.

Presentation. Sounds straightforward, huh? But as Graeme admits, artists can be messy in their studios at the best of times. It’s important to put across the best artistic appearance you can, particularly if you want your video going to galleries or customers. Be mindful of the clothes you wear; stripes can be rather unflattering to the figure at times, and some materials put off static electricity to microphones and sound.

Be sincere. Practice what you’re presenting so that you’re comfortable with the delivery. You can do this a variety of ways, from practicing in front of the mirror, in front of (good) friends and family, or even recording yourself in a test video to see how it all comes together. It can sound silly and awkward, but that’s kind of the point. Putting yourself outside your comfort zone, even briefly, can help you deal with things if they happen in the future. It’s also a great way to get used to nerves and learn how to deal with them.

Stay hydrated! After all, this is a good one for life in general (have you had enough water today?) but when presenting, or being under lights, it’s always a good idea to keep a water bottle handy. It’s super important to keep the brain lubricated, not to mention make sure your throat isn’t dry or cracks during a take. We want you to be as cool, calm, and collected as you possibly can!

So there you have it, three of Graeme’s 15 Top Tips to help you present yourself in front of the camera. For more, be sure to head to Reach More With Video and subscribe. Early subscribers will be the first to be offered the full Tutorial content, so make sure you’re on the list! 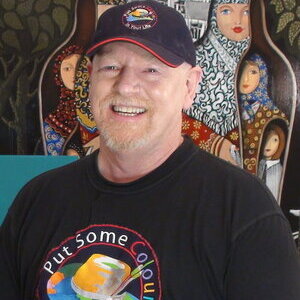 Colour In Your Life founder and master artist, Graeme Stevenson, has over 40 years of being a professional artist under his belt. His thirst for knowledge and adventure has driven his passions all his life.

Creating Colour In Your Life to chronicle the techniques and personalities of artists from around the globe to promote creativity and a love of art, the show premiered in 2010, and as of 2021, is in its 22nd season.

On January 26th, 2017, Graeme Stevenson received the Medal of the Order of Australia (OAM) ‘for service to the visual arts’. The award is one of the highest honours an Australian citizen can receive.

Graeme donates his time and talents. In 2003, he raised funds for AIDs, multiple sclerosis research, and children’s cancer research in the U.S. for the Ripple Effect Project. Three of the works were collected by former President Bill Clinton. He also established a charitable foundation, 'Paint Your Life', in 2013, which uses art to brighten the lives of the disadvantaged or physically impaired.