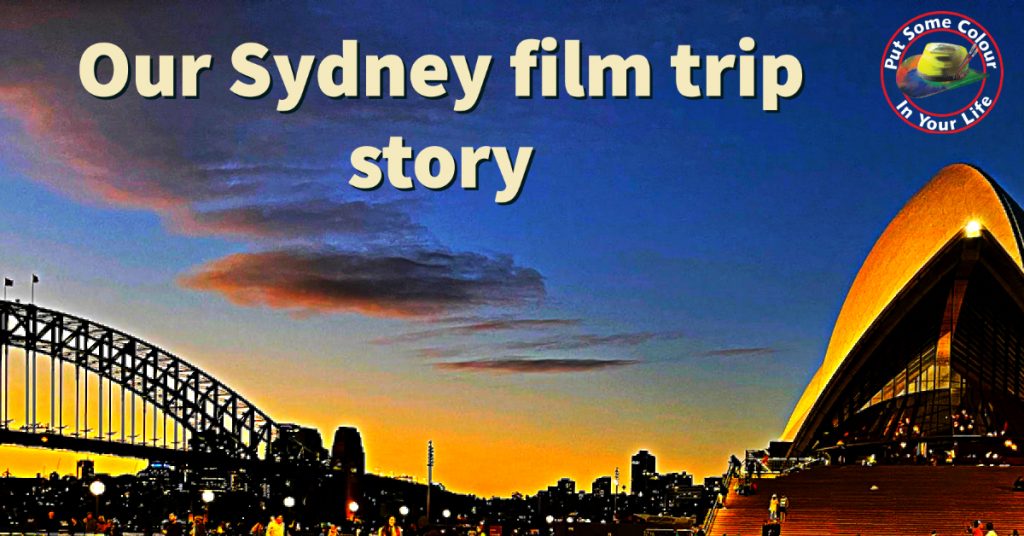 Sophia and I have just returned from our first film trip since COVID. It was a new film team set up, with Sophia directing and hosting whilst I was behind the cameras filming. Our trip to Sydney was so much fun and the artists we filmed were great!

Graeme did not come as he is staying at home to paint now. He sold ten paintings last week alone!

First stop was Sandi Lear at Diamond Beach, Central Coast NSW.  Sandi does beautiful watercolours and generally travels to the US each year to exhibit and do workshops. She lives on a large property with ducks and bees and a gorgeous husband. We left with a jar of honey in hand. SANDI LEAR

The next stop was Tumbi Umbi, also on the Central Coast, where we filmed Carmen Jackson. Carmen paints vibrant and energetic acrylics with loads of paint and a pallet knife.  She lives in a two story Yurt Treehouse and has a spa bath in her studio!! CARMEN JACKSON

Then, we hit the big smoke – Sydney.  We found Graham Eldridge in Kingsgrove where he had set up a mock studio in his kitchen.  As you may remember, Sophia totally reorganises the studio to suit the cameras, and in this studio we had to pull out the heavy fridge to turn it off!  Graham paints colourful geometric abstracts inspired by the city shapes. GRAHAM ELDRIDGE

Our final artist was Sheila Tan in a North Sydney Apartment. Sheila paints portraits and is a natural in front of the camera.  She had a bunny in her apartment named Winston.  It was a great day. SHEILA TAN

The next day we collected from the airport, our fearless leader Graeme Stevenson OAM.  We were there as he gave a gallery talk about his work and CIYL at Shazia Imran’s AAD Gallery at Circular Quay/The Rocks, Sydney.  It was a cold and rainy night, but it was lovely to see past CIYL artists Shazia and Yelena, current CIYL artist Shelia Tan and future CIYL artists Violetta and Erika.  It was great to see Graeme in the limelight around his fans. AAD GALLERY

Sophia and I make a great film team, and to answer the question on everyone’s lips…..no, we didn’t ride a motorcycle… we are introducing a new vehicle to the CIYL family .. RAVVY!

Stay tuned our first show will be launched July 16! Become a free member and we’ll inbox you our latest show every Friday. Join here.