Notice: Trying to get property 'display_name' of non-object in /home/customer/www/colourinyourlife.com.au/public_html/wp-content/themes/bb-theme-child/functions.php on line 484
Skip to content
FacebookTwitterLinkedinPinterestVimeoYoutubeInstagram
Gallery Nugget. One of thousands. Where did the talents come from?

Nugget. One of thousands. Where did the talents come from?

This work was done in 2015. It is constructed of 9 634 handmade details and elements. Inspired by the ancient Russian villages.

The Legend: Sometimes, among a great amount of people, one is born with a strange way of thinking and understanding of life. When this occurs he is called “strange” or “from another world”. He isn’t interested in wealth and doesn’t aspire to power, but he feels life very sensitively and devotes his life to the creation of masterpieces, of beauty which will last for centuries. He has great persistence and doesn’t diverge from his target, no matter what difficulties are in his path. He achieves results of amazing beauty and strength. Due to such people our difficult and inconsistent civilization continues. One activity of this type of people is architecture. Look at the masterpieces of ancient northern Russia, typical ancient villages. When everyone else was building his house, he, the Master, was building churches, chapels and monasteries. Those structures were the expression of himself, his soul and energy. The expression, which isn’t spoiled by Time. 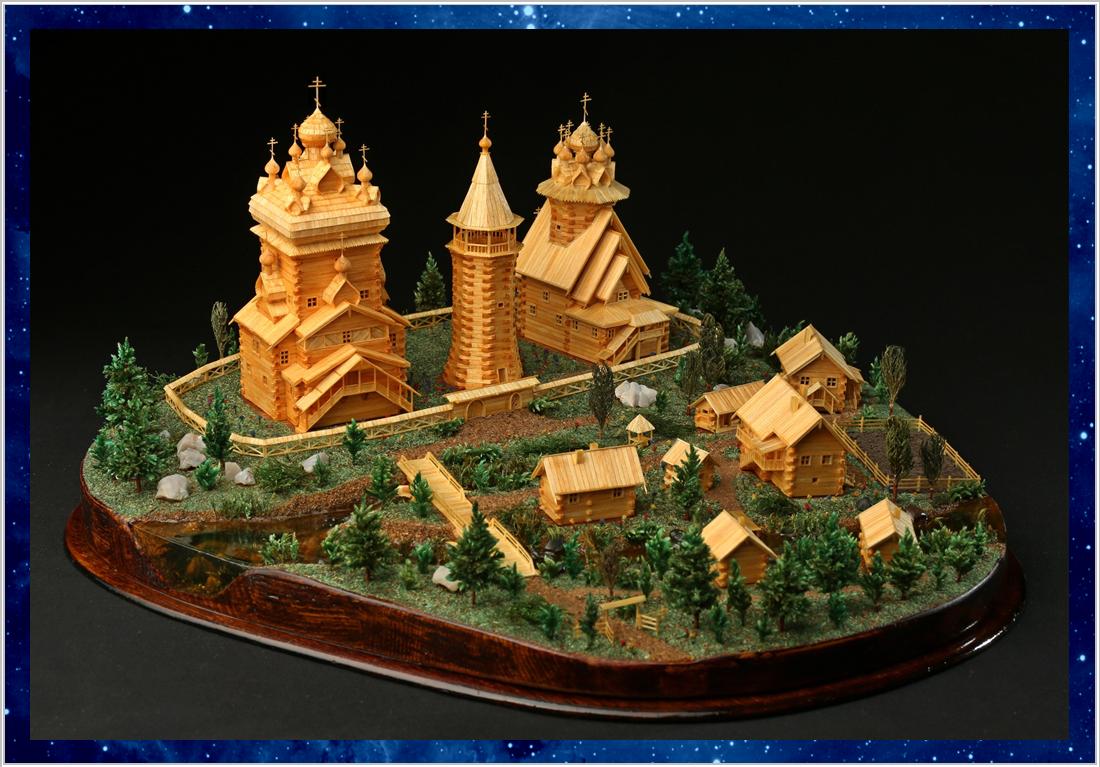 There are no user comments for this listing.