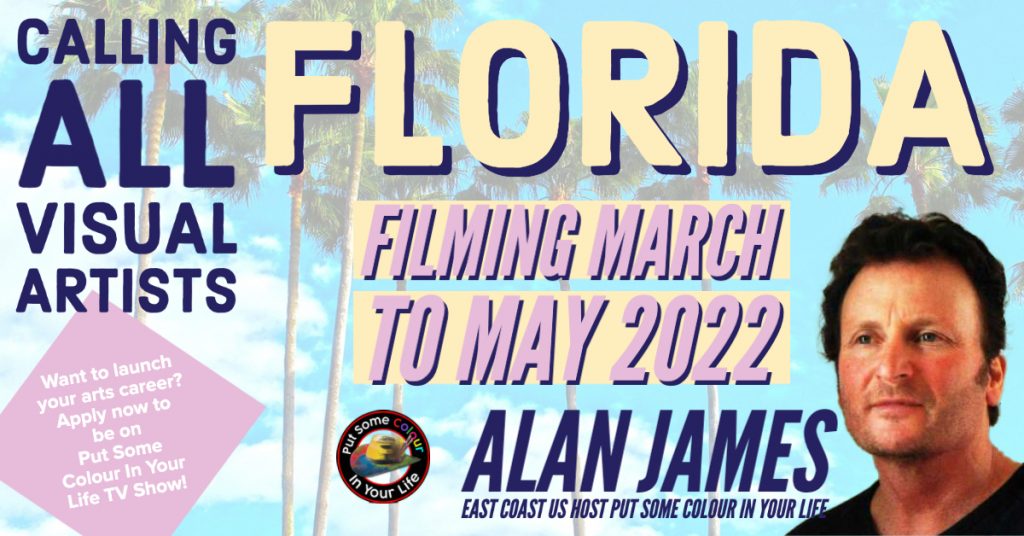 Colour in Your Life host Alan James will be relocating to Florida in February 2022. This means filming you for our show will be much easier.

Artists approach us to be filmed for the Colour in Your Life TV show for many reasons.

2. They want a video for their legacy- something that will show their art and skills long after they are gone.

3. They want to be part of the CIYL family to take advantage of all the great perks.

Alan James, our host on the US West Coast, is now based in Florida. Alan was filmed by CIYL a few years ago and has since then been invited to join the team as a host and filmmaker. He is a fantastic watercolor artist and teacher himself and has used his show to build his business.

John Hulsey was filmed a few year ago and he is still reaping the benefits of his Colour in Your Life Episode. Watch his testimonial now.

Florida artists who are ready to take their art business to the next level are invited to apply now to be filmed by our West Coast CIYL film team headed by Alan James.

Do you want to know more about being on the show?

Apply now to have a professional art video made about you!

We look forward to chatting with you soon!

Posted in Artist call out, Blog
← Where Are They Now? Graeme Stevenson chats with Colour In Your Life Artist Miranda Free.Californian Artists! Have you had your professional art video made yet? →