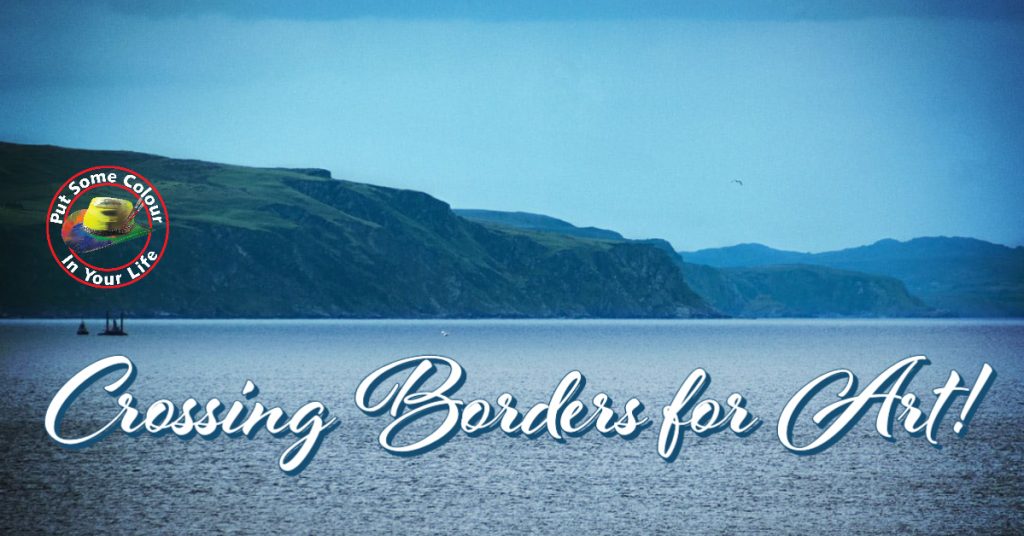 It’s not all doom and gloom when it comes to the online art world in Australia and the US.

It’s not all doom and gloom when it comes to the online art world in Australia and the US.

The film crews of Colour in Your Life, a 24 minute TV show about artists in their studios, are generally very busy on tour filming artists in seven countries and producing and distributing  a TV series that is now aired on TV networks in over 50 countries. Of course with travel being restricted, due to COVID19 during March and April 2020, Graeme has had to seek other ways of increasing his audiences, and supporting the Colour in Your Life featured artists who were acutely affected due the  COVID19 restrictions and GFC. Colour in Your Life have now filmed over 250 artists for the show now in its 21st series.

“ We were reminded daily of how our artists were affected, with the closing of galleries and art fairs-the traditional way of selling -and the cessation of art workshops. Artists, who were not already  good at their online marketing had to get better in order to continue to compete for the art dollar”, Graeme explained. ” Those who had already been filmed by us, certainly had a massive advantage over those who had-not.”

A video series initiative called  “COVID19 for artists- Survive and Thrive – Artists Tips for a New Reality“ raised the interest of several US companies such as Clark Hulings Fund, Eric Rhoads’ Streamline Publishing and Bold Brush. Each of these companies are large US based art marketing companies supporting artists to make a sustainable businesses from their art.  The videos, which are conversations with these art business leaders are full of useful information and ideas on how to enable the artist to thrive during this unprecedented time.

“ We are dedicated to our featured artists. They really become part of our Colour in Your Life family.  It was very hard to see their art businesses suffering. We had to do something to help and this was one way to share valuable information and show we care.”

Audiences are also expanding for Colour in Your Life artists as a partnership with Eric Rhoads Streamline Publishing opens the opportunity to reach an audience through  App Roku, Amazon Fire and AppleTV. Discussions have also begun with a new online streaming service called Binge NetworkTV, who similar to YouTube,  air to an evergrowing international audience.

As restrictions ease, Colour in Your Life is keen to start touring and filming again in Australia and, in the US, with their US-based film team.

Established artists who have been frustrated with the limitations of the past two months should consider applying to be on the Colour in Your TV show, to ensure they grow their reach and be seen by audiences all over the world.   Graeme and his film team are based in  Northern New South Wales Australia and will be travelling to most States in Australia once the restrictions ease and the filming season begins.

US artists are also encouraged to apply to be filmed by the California based film team, as soon as the restrictions start to lift.

Apply Now to have a 24-minute film made about you and your art!